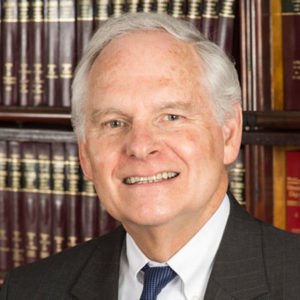 Mark J. Vogel has been a practicing attorney since 1973. He is a member of the Illinois, Massachusetts,
and District of Columbia bars. He is also a member of the Northern District of Illinois Trial Bar, the
Seventh Circuit Court of Appeals Bar, and the Bar of the United States Supreme Court. As a former
federal prosecutor, Mr. Vogel served under eight United States Attorneys during his 32 years with the
U.S. Department of Justice. Over his career, his work as a skilled trial lawyer and criminal investigator
won him numerous commendations and awards. In 2006, he retired as Deputy Chief of the Organized
Crime Section of the United States Attorney’s Office for the Northern District of Illinois.

In addition to his trial and other work, Mr. Vogel served as a teacher and mentor to his colleagues on
everything from grand jury practice to transnational organized crime. He served as an instructor at the
Justice Department’s National Advocacy Center and for numerous federal investigative agencies. He also
assisted and testified before the Chicago Crime Commission on illegal gambling and organized crime,
and instructed prosecutors and criminal investigators from Eastern Europe. He currently serves as an
Adjunct Professor of Law at the John Marshall Law School in Chicago, teaching White Collar Crime,
Federal Criminal Law, Criminal Procedure – Adjudication, and Comparative Criminal Procedure.

Of Counsel to Tews Theisen & Theisen, Mr. Vogel handles select civil and criminal litigation and
appeals, working closely with other attorneys at the firm.